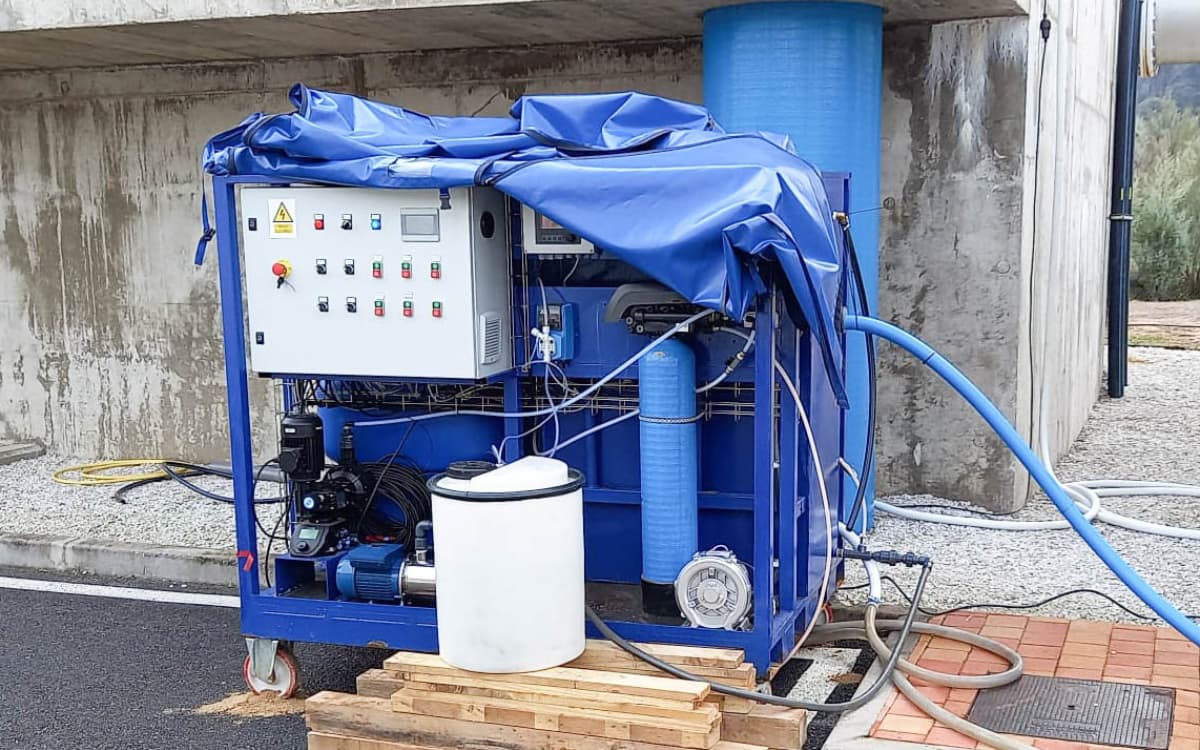 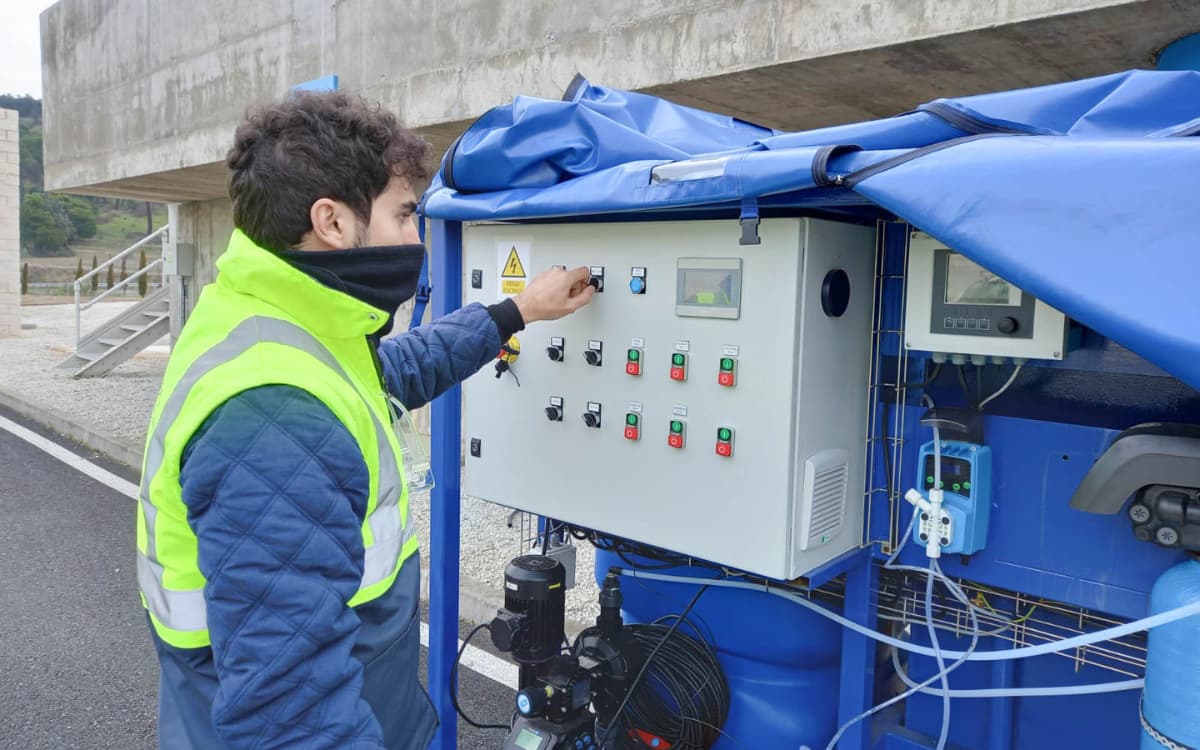 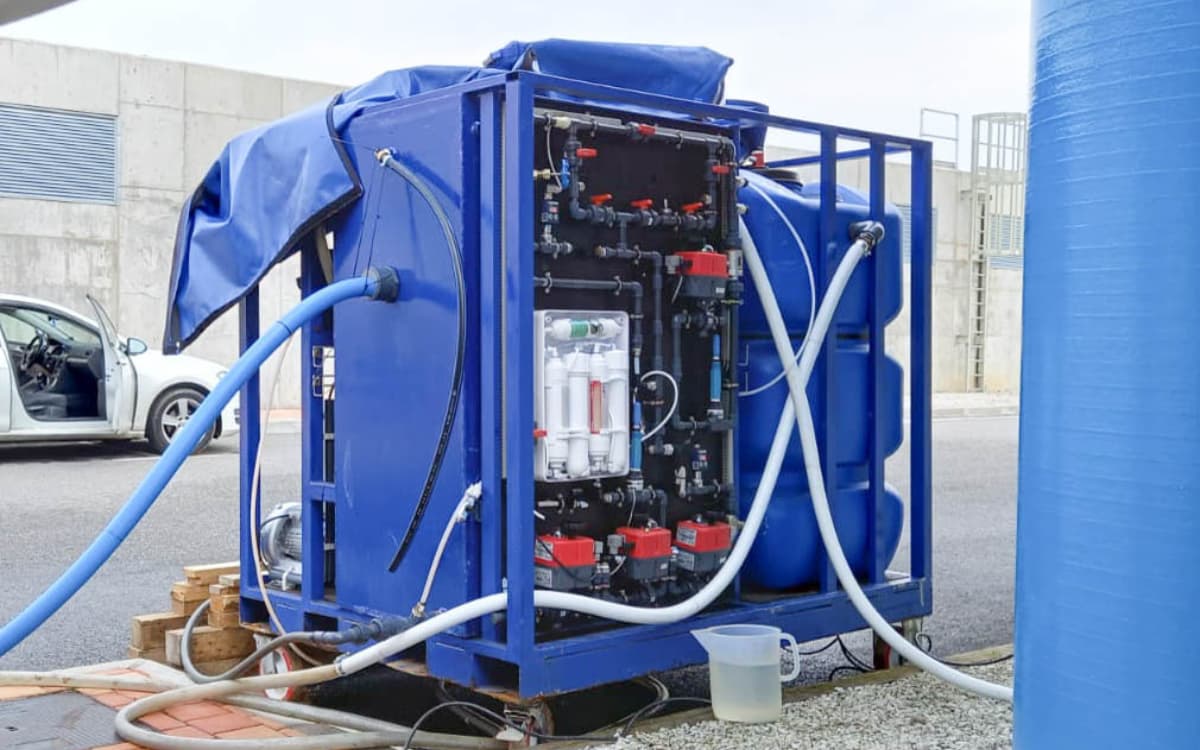 The Pelayos de la Presa drinking water treatment plant (DWTP) is one of the 14 plants managed by Canal de Isabel II. It supplies drinking water to the inhabitants of the community of Madrid, as well as to nearby towns (Cenicientos, Cadalso de los Vidrios, Rozas de Puerto Real and San Martín de Valdeiglesias). Overall, 26,000 people.

From early summer to late autumn, this DWTP is used to dealing with significant increases in some pollutant parameters in the water it receives. These include ammonium. This is a seasonal problem whose intensity and duration is becoming increasingly worrying.

The classical treatment approach, to achieve ammonia nitrogen removal, is the dosing of chlorine in proportions between 8 and 10 times the ammonia nitrogen content to be removed. This dosage multiplies the associated costs and increases the possibility of generating organochlorinated by-products. For this reason, the Canal’s R&D&I department, in collaboration with the Tagus-Alberche Treatment Area Management, established as a necessity the search for pre-treatment technological alternatives. They were looking for solutions to reduce the ammonium levels in the raw water of this DWTP.

In this study, traditional technologies such as ion exchange resins or reverse osmosis membranes were evaluated, but after a cost-benefit analysis, they were finally discarded. It was then decided to solve this problem with a biofiltration process based on autotrophic biological nitrification.

BIOBOX® proposed to carry out a pilot project to demonstrate the effectiveness of BIOBOX® Ammonium technology in Pelayos de la Presa DWTP. This technology fits with the objectives of Canal de Isabel II in terms of operating costs, investment costs, space availability and disposal performance. It is also a technology with a high focus on sustainability, which generates hardly any process water losses, with low energy demand and a reduced carbon footprint.

In December 2021, a BIOBOX® Ammonium pilot plant was installed to test performance under the most critical operating conditions due to low water temperature. This technology integrates biofilters – with low hydraulic retention time – to naturally transform ammonium into nitrates.

The results of this pilot test were very positive according to the testimony of those responsible for the Canal de Isabel II test.

Although the biological process takes about four weeks to stabilise its operation, once this is achieved, more than remarkable ammonium removal efficiencies are obtained; in fact, the efficiency of the system ranges from 90 to 100 %.

The next step should be to scale up the process to a larger scale in our plant, where the biofilters operate at higher flow rates, for longer and in a real raw water scenario.

In conclusion, Canal de Isabel II has been able to validate that BIOBOX ® Ammonium technology naturally reduces the amount of ammonium in raw water. This makes it possible to optimise the drinking water treatment process, achieving higher quality treated water with lower operating costs. Moreover, it minimises the use of reagents such as chlorine and chlorine dioxide, avoiding the generation of organochlorine by-products.

Characteristics of the pilot plant: